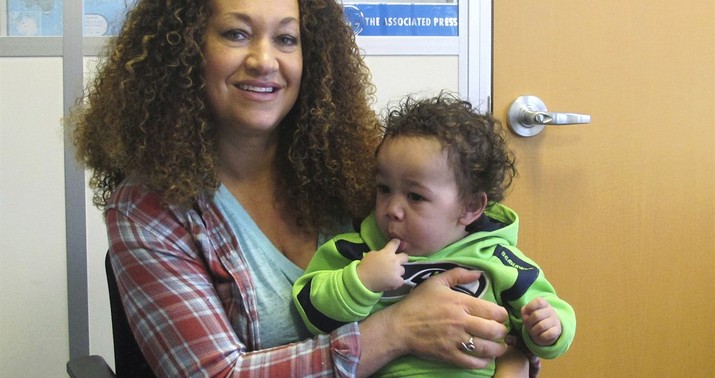 Go figure that a woman who fraudulently misrepresented her ethnicity might also fraudulently misrepresent her income. Rachel Dolezal lost her job as president of the Spokane NAACP when her parents outed her as a white poseur during a family dispute. Now the government has charged her with felony welfare fraud for illegally claiming nearly $9000 in benefits since her very public disgrace:

Former Spokane Chapter NAACP President Rachel Dolezal is now facing legal trouble that could land her behind bars. KHQ has confirmed that Dolezal, who legally changed her name to Nkechi Diallo in 2016, is accused of 1st Degree Theft by Welfare Fraud, Perjury in the 2nd Degree, and False Verification for Public Assistance. Her potential punishment under RCW 74.08.331 could include up to 15 years in prison.

August 2015, eh? Let’s review the timeline. At the beginning of June 2015, Dolezal not only ran Spokane’s NAACP chapter, she also taught “Africana education” at Eastern Washington University, and sat on the police ombudsman council. By the end of the month, she was out the door on all three, and by early 2017 was telling the Guardian that she’d soon be homeless:

Some titles recent, all recommended -

Voices From The 2017 International Students For Liberty Conference

In Search Of History

The Fed vs. the Middle Class

With interest rates flattened [by the Federal Reserve], government zeroes out the future. Abandoned were 80 percent of private defined-benefit pension plans. Public plans faced a similar evisceration in the future. With no acknowledgement, the U.S. government had casually dispossessed the American middle class of its retirement assets and pushed millions of Americans into acute dependency on government programs. ... Government dependency negated the American dream.

The Scandal of Money

ShadowStats alternate economic indicators are based on the methodology of noted economist John Williams, specialist in government economic reporting.